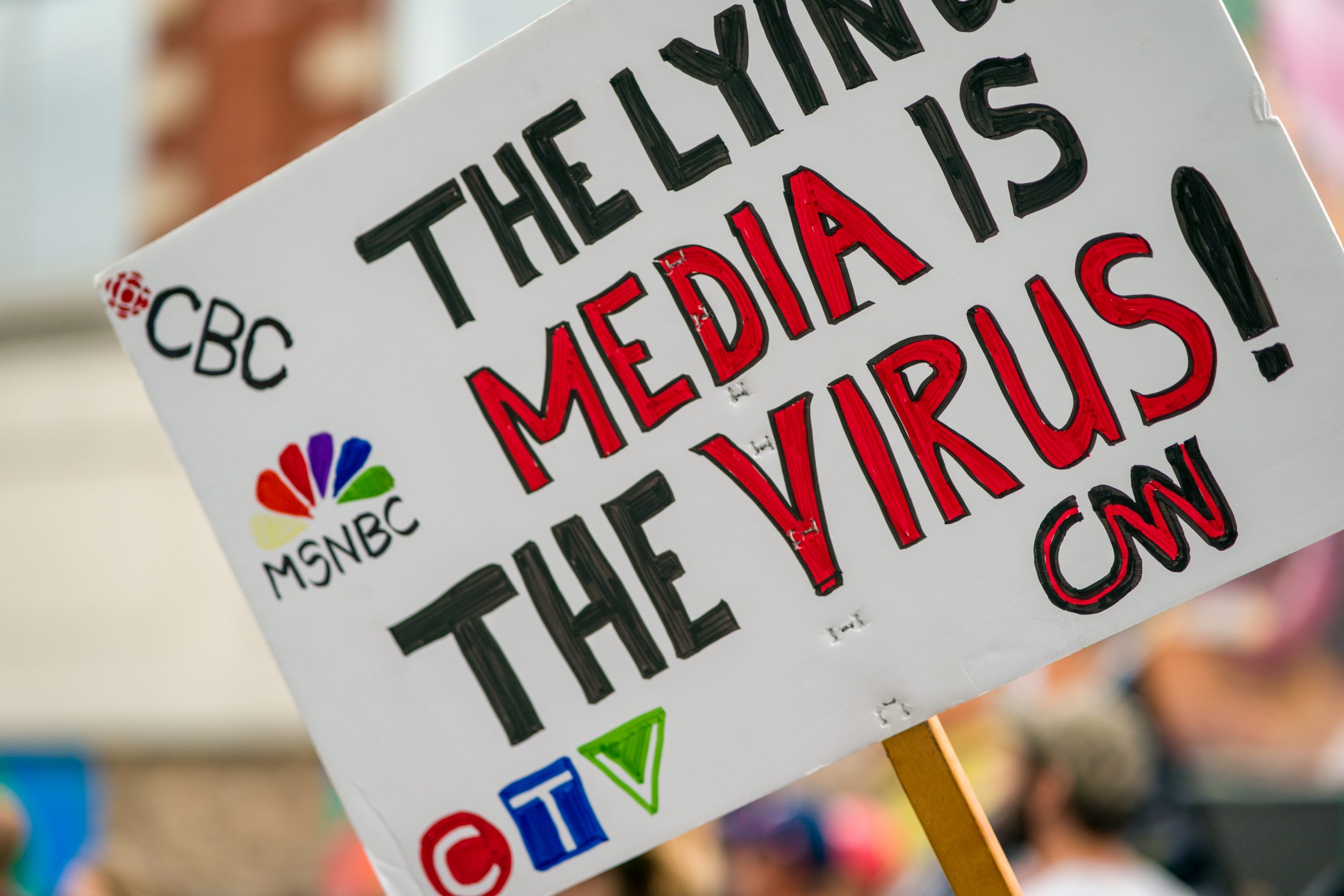 Canada's Monopolized and Government Controlled Media is the Virus

The government of Canada spends billions on the media, just to promote itself and its agenda.

Our mainstream media is now 'Liars for Hire', bought and paid for out your tax dollars.

The ownership group was assembled by National Post CEO Paul Godfrey[7] in 2010 to bid for the chain of newspapers being sold by the financially troubled Asper family’s Canwest (the company's broadcasting assets were sold separately to Shaw Communications). Godfrey secured financial backing from a U.S. private equity firm, the Manhattan-based hedge fund GoldenTree Asset Management—which owns 35 percent—as well as IJNR Investment Trust, Nyppex and other investors.[7] The group completed a $1.1 billion transaction to acquire the chain from Canwest on July 13, 2010.[7]

On October 6, 2014, Postmedia's CEO Godfrey announced a deal to acquire the English-language operations of Sun Media.[7][8] The purchase received regulatory approval from the federal Competition Bureau on March 25, 2015,[9] even though the company manages competitive papers in several Canadian cities; while the Sun Media chain owns numerous other papers, four of its five Sun-branded tabloids operate in markets where Postmedia already publishes a broadsheet competitor.[8] Board chair Rod Phillips has cited the Vancouver market, in which the two main daily newspapers, the Vancouver Sun and The Province, have had common ownership for over 30 years, as evidence that the deal would not be anticompetitive.[8] The purchase did not include Sun Media's now-defunct Sun News Network.[8] The acquisition was approved by the Competition Bureau on March 25, 2015,[10] and closed on April 13.[11]

Margo Goodhand, a former Edmonton Journal editor-in-chief, wrote in a 2016 Walrus article that Postmedia executives were behind outsourcing of Postmedia content to produce “Regina Leader-Post sports pages, Arts fronts for the Montreal Gazette, editorial pages for the Vancouver Sun” to a site within an office in Canada.[12][13]

On November 27, 2017, Postmedia and Torstar announced a transaction in which Postmedia will sell seven dailies, eight community papers, and the Toronto and Vancouver 24 Hours to Torstar, in exchange for 22 community papers and the Ottawa and Winnipeg versions of Metro. Except for the Exeter Times-Advocate, St. Catharines Standard, Niagara Falls Review, Peterborough Examiner, and Welland Tribune, all acquired papers will be closed.[15][16]

In March 2018, the Competition Bureau issued a court filing accusing the two companies of structuring the deal with no-compete clauses in an effort to reduce competition in the newspaper industry, in violation of the Competition Act.[17][18]

On June 26, 2018, Canadian Press reported that, by the end of August, Postmedia will be closing the Camrose Canadian in Camrose, Alberta, Strathmore Standard in Strathmore, Alberta, Kapuskasing Northern Times in Kapuskasing, Ontario, Ingersoll Times in Ingersoll, Ontario, Norwich Gazette in Norwich, Ontario and Petrolia Topic in Petrolia, Ontario. It will also cease printing the Portage Daily Graphic in Portage La Prairie, Manitoba, the Northern News in Kirkland Lake, Ontario, and Pembroke Daily Observer in Pembroke, Ontario while maintaining a digital presence for the three publications. As well, the High River Times in High River, Alberta will go from being published twice a week to once a week.[19]

On November 27, 2018, The Competition Bureau applied for a court evaluation contesting Postmedia’s claims of solicitor-client privilege, for records seized by the bureau during raids at the company's offices.[20]

On June 2019, Kevin Libin, the National Post, and Financial Post comment editor and editorials editor and a founding editor of Western Standard, was assigned “executive editor of Postmedia politics".[4] The role focuses on coverage for federal politics in the Post. In addition, it focuses on coverage of federal and provincial politics within all of the dailies owned by Postmedia.[12]

In November 2019, Postmedia announced[21] that 66% of its shares were now owned by Chatham Asset Management, an American media conglomerate that owns American Media, Inc., and is known for its close ties to the Republican party.